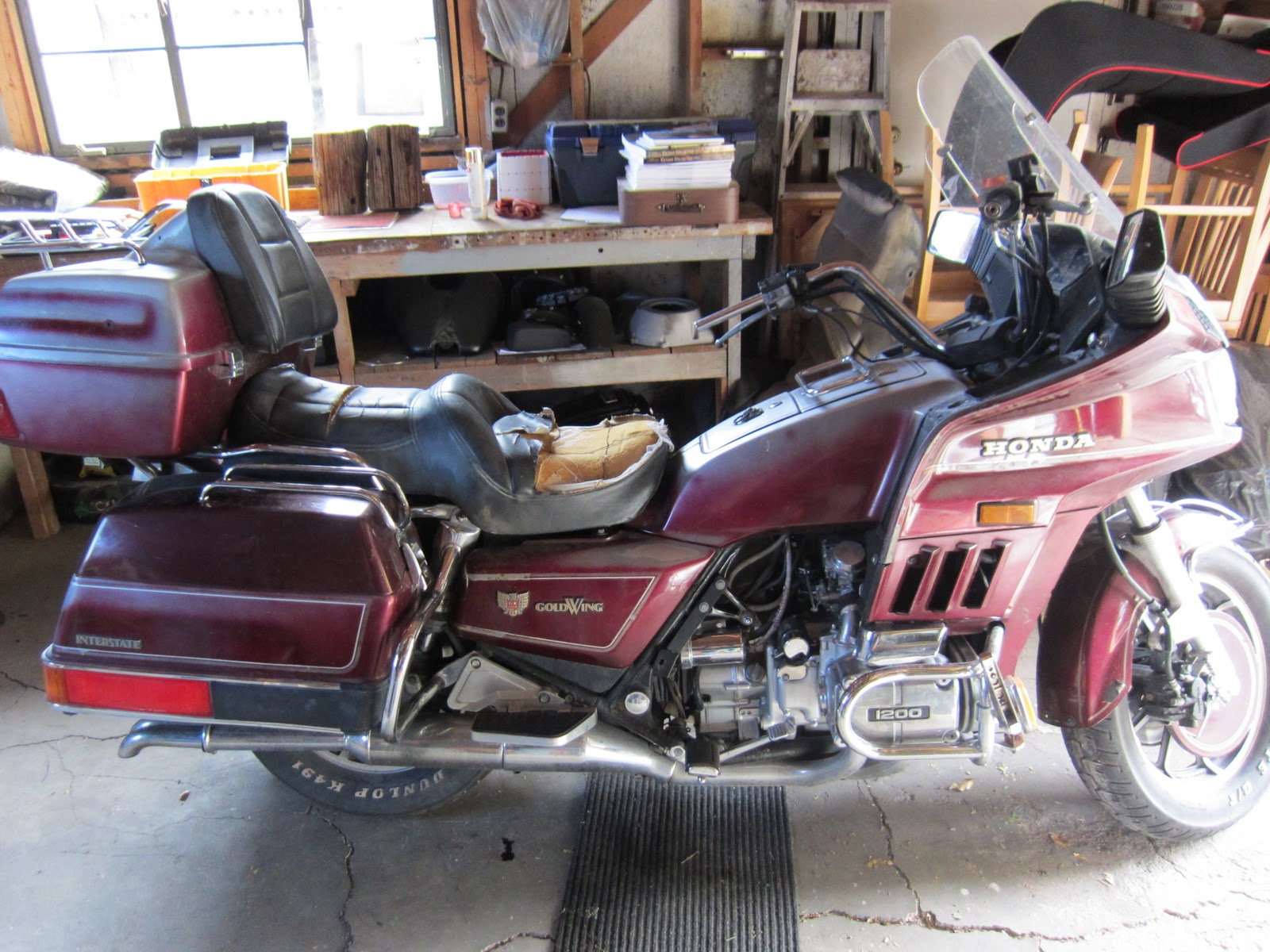 “Accepted or Rejected, Truth Is !”

This story happened on Monday Oct 5th, 2009 and was an interesting one that happened in the usual fashion the 448 Stories occur.

When a 448 Story occurs the important part I look for is what was happening at the time the 448 occurred and what effect does the Story create on the people that are involved or soon will be by hearing about the event.

True today as it Will Be to the end of time.

Nothing happens by Chance, Luck or Coincidence!

After arriving at Matts Motorcycle shop for a 9 am appointment we began going over the Spring Booking order he was submitting to Motovan, the company I represent as a District Sales Manager.

Upon completing his order Matt wanted to go for a smoke in his service area and I joined him to participate in our mutual addiction.

Upon lighting my cigarette I turned to look around his work area and not more than a second passed and my eyes were drawn to a beat-up old Honda Goldwing that was being repaired.

My eyes were drawn immediately to what was now staring back at me with its never ending allure of opportunity.

THE TRIP ODOMETER on the GOLDWING was exactly reading 44.8 km!

This is my signal!

This sight was most shocking to me as I had just had a series of significant 448’s occur over the previous few days which I won’t go into in this story but will say they had to do with one of my best 448 Stories to date the 448 JEEP STORY and my work with the CMRC.

Parked in front of Matts Shop my odometer on the Jeep was currently showing 44,881.KM and had been showing this 448 at the beginning of my mileage reading since the previous Thursday when I had another 448 event that will be the basis of a yet to be documented but soon to be titled…

During the previous afternoon of Sunday Oct 4th, I had taken my girlfriend Anne in the 448 JEEP off-roading just for some much needed stimulation. We were having a serious case of cabin fever!

Anne had come down with a nasty case of bronchitis and flu and needed an escape from the confines of my home where she had been pasted to the couch for the past 48 hrs. I mention this fact only as it will have significance to the end of this story. During this approximate 25 KM ride she joked with me that due to the 448 on my odometer she took that as sign that our relationship as boyfriend & girlfriend was solid and I couldn’t resist this opportunity to respond quickly in a teasing way by saying…

“Well were good for at least another 60K!”

Now back to the Goldwing Story!

I immediately went into action and asked Matt if he knew anything about my 448 Stories or had ever seen my website which was at www.jagg448.com. Matt responded that he hadn’t, but did say he had heard rumours about some of my metaphysical beliefs, so I knew I had a job to clear some things up.

I proceeded to give Matt my message and explain why the #448 was significant to me and how and why I use this strangely occurring tool to expose the really important message of my Yoga teacher who I represent, the Western Master of Yoga Sir George King and his amazing thought provoking Stories.

The long story short, Matt was now exposed to my message and he was impressed enough by my message to say that it sounds worthy of investigation so, mission accomplished.

I knew in my mind that this was really just the beginning!

I told Matt I was under a tremendous time pressure due to a noon deadline I had to submit these Bookings to Motovan and I still had 3 more visits to go and after taking some of the pictures you see in attachments I scrambled out to my Jeep but not before telling Matt that I couldn’t wait to show these pictures at my other visits as everyone at these shops were well aware of my 448 Stories.

Of course I couldn’t leave without freaking Matt out a little more by having him come out and see my Jeep Odometer which was sitting @ 44,881.km.

This only added to the intrigue!

So then it was off to the other 3 accounts and the pictures and story were quickly relayed to a total of approximately 10 different people and I knew the pictures had its desired effect to remind everyone who was told that the 448 Tool is still very active.

As always these 448 STORIES make people stop for a moment and question my message and wonder “could it be true” or possibly in some cases question why has this Jagg448 character not been committed to some institution yet!

It’s interesting to note and the reason I mentioned the off-roading adventure the day before with Anne that had this not occurred my 448 Jeep odometer would not have done what it did at my final stop of the day and rest at 44,899.9 KM in the parking lot of Royal Distributing. I had hoped the odometer would not switch to 44,900K so that my Jeep would sit in their lot for the remainder of the day just for dramatic effect.

The day proved very successful as I strove to achieve my booking targets, while at the same time keeping alive my ability to keep my Teachers message circulating and keep those exposed to my stories pondering my claims!

As I pulled out of Royal and onto the highway my odometer immediately switched to 44,900 km.

Reminders are always effective in order to keep a subject in mind!

Persistence is the key to success!

Nothing happens by Chance, Luck or Coincidence!