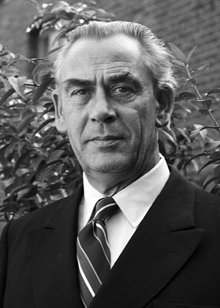 "It is wisdom that sets a man free, nothing else."
- Dr. George King

The Aetherius Society is an international spiritual organization dedicated to spreading, and acting upon, the teachings of advanced extraterrestrial intelligences.

The Society was founded in the mid-1950s by an Englishman named George King shortly after he was contacted in London by an extraterrestrial intelligence known as “Aetherius”. The main body of the Society’s teachings consists of the wisdom given through the mediumship of Dr King by the Master Aetherius and other advanced intelligences from this world and beyond.

The single greatest aspect of the Society’s teachings is the importance of selfless service to others. The Society’s motto is:

"Service is the jewel in the rock of attainment."

As well as this, the Society’s beliefs encompass many different subjects, including:

The Society does not regard itself as the one and only path to enlightenment or salvation. It maintains that all the great religions are simply different expressions of the one essential timeless reality that is the Divine Source.

The Society’s symbol means “God manifesting itself as wisdom”, the left part being an ancient and holy symbol for God, and the triangle on the right being a symbol for wisdom.