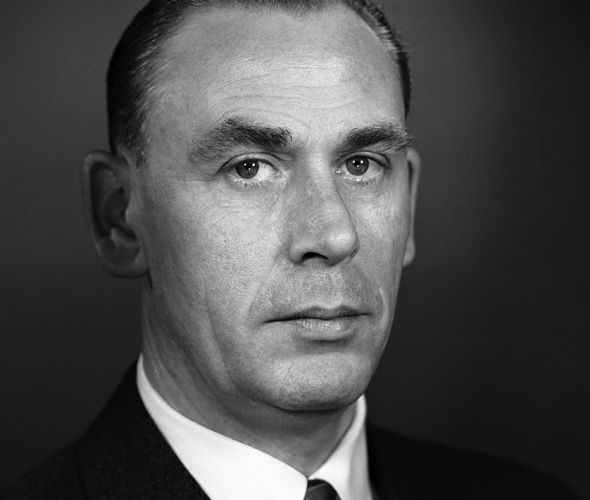 In Memory of Dr. George King

Born in England in 1919, Dr. George King was first contacted by an extra-terrestrial intelligence in May 1954 having spent the previous ten years practicing advanced forms of yoga for a minimum eight hours a day. In 1955 he founded The Aetherius Society, an international, non-profit, charitable organization. Over the next 42 years he received more than 600 “Cosmic Transmissions” from extra-terrestrial sources, being designated by the space Intelligences as “Primary Terrestrial Mental Channel.” In all Dr. George King published more than 30 books and dozens of cassette tapes containing details of these transmissions and how extra-terrestrials are playing an extremely active role in assisting humanity at this time.

Custom MOTORCYCLES ARE INTENDED to make a statement, and the Cosmic Warrior is no exception.  Motorcycle industry veteran Allan Jaggard commissioned the bike as a study in the process of creating an aftermarket kit-bike and as an outlet for his interest in the metaphysical realm.   Despite the obvious Harley-Davidson design origin of the bike, only a minority of the components came from the Milwaukee factory, showing it's easy to build a custom H-D replica with no original parts at all.

The Paughco frame forms the basis of the bike-in-a-box kit sold by his employer, Tucker Rocky/Biker's Choice.  Of the five designs available, Jaggard chose the Warrior model with a Softail-style frame layout.   Assembly and fabrication chores were done by Stylemaster Custom Motorcycle in Mississauga, Ont., which also handled some of the paint work.

Its 1,640 cc engine is an S&S product, and since these photos were taken has been replaced by another with its cylinder fins milled in a hexagonal pattern and polished.   The carburetor is also by S&S Harley supplied the nosecone/timing cover as well as side and top covers for the Nempco transmission and a larger belt pulley for the final drive.  Not much else is of H-D origin.

The kit's standard 21-inch front wheel was changed for a 19-incher to enhance the low look and shod with Dunlop tires.  The original front fork was also upgraded to a fully adjustable 46 mm Paioli.

The frame and tanks were moulded to smooth all contours, and received base coats of a light-sensitive PPG blue/black paint.  The bodywork was turned over to a pair of airbrush artists for the special effects.  Terry Collins applied the graphics depicting the entire solar system, while Ron Gibbs was responsible for the murals on the air-filter cover and the dash panel.

The figure depicted on the dash panel is a yoga master named Sir George King, whose teachings Jaggard studied for nearly 30 years until King's death in 1997.  The painting is reproduced from a photograph taken on a mountain top in Australia, while the solar-system images were taken from Hubble telescope photos.  "The painters found it probably the most interesting experience they'd had," Jaggard says. "It came out even better than I thought it would." In keeping with the ethereal theme, a personalized license plate now reads "COSMC."

Jaggard, whose background was in  motocross, also has a Silver Jubilee Triumph Bonneville for shows and a Ducati 748 for track days.  The Cosmic Warrior is his first experience in the H-D milieu.  "I want to get deeper into it,"   he says.  "I can see how you can get caught up in this whole cruiser thing.

"When I started riding it I thought it was great.  With the 1,600 cc thunder and power and everything so low to the ground, why wouldn't you like it?"

The Cosmic Warrior is my creation to honour my Yoga Master H.E. Sir George King, who passed away on July 12th, 1997, at the ironic time of 4:48 am. Discover the unusual connection between my Master's time of passing and how this number relates to my life.

The various segments of this website are self explanatory as to how this bike was built and some of the unusual stories connected to this very interesting 9 month project. The picture gallery has some of the best photography taken of this unique motorcycle and included are pages courtesy of the Aetherius Society that give a brief insight into H.E. Sir George King to whom this bike is dedicated.

The Cosmic Warrior was also an educational process for myself into the custom bike segment of the motorcycle industry, which I have been involved in for over 26 years. View my accomplishments and professional background.

The Cosmic Warrior is designed to bring your attention to a unique individual, H.E. Sir George King, D.D., Th.D. I personally have been following this Yoga Master since my early teenage years. I have also been a representative of this mans' unique organization, "The Aetherius Society," since the age of 22 here in Toronto, Canada.

It's interesting to note that prior to Sir George Kings' main mission in life that began in 1954 he was an avid motorcycle enthusiast. The Aetherius Society has been gracious enough to supply photos of his own personal machines that he owned prior to his life altering experience in May 1954. This experience known as the "Command" would completely engulf his life for the next 43 years. It is this mission that is of the gravest importance, and this can be discovered by a thorough study of the website found at Aetherius Society.

Although this will show you just the "tip of the iceberg" so to speak, it will lead you into a greater realization of the "work" of this unique individual who graced our planet Earth for 78 years. His compliance to the instructions of the "Command" resulted in benefits that have effected all life forms upon Earth and will continue into the future.

For those of you that are "skeptical" I have also included a section entitled "Irrefutable Proof". A thorough study of the both of these links will provide remarkable information that substantiates this Masters claims and shows beyond any shadow of a doubt that this vital message is worthy of everyone's attention.

Once you come to terms with this fact, a review of Sir George Kings' work and mission will explain the more important question. Why are they visiting Earth?, and what do they want from us all? 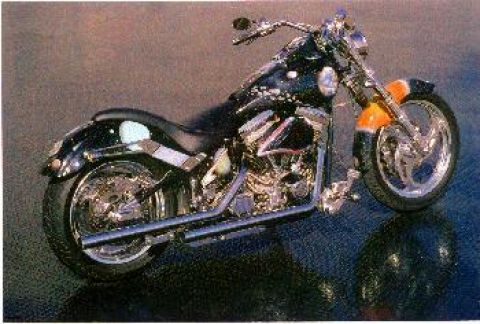 A fire broke out at the Nuclear Power Plant "Windscale" in England on October 10th 1957. It burned out of control for 3 days.

Fact 1:
The British Government announced to the public on Oct. 15th that a group of scientists had been commissioned to study the effects and would give their analysis in short order.

Fact 2:
George King received a cosmic transmission on Oct 29th stating that the scientists were not in any way giving a true account of the results of the accident. This transmission was made public.

Fact 3:
Harold McMillan, The Prime Minister at the time, announced on Nov. 8th, 1957 the scientific study commissioned was complete and the results showed that no serious complications would result from the accident.

Fact 4:
In the late 1980's it was discovered that the British Nuclear Fuels Company had paid out millions of dollars in compensation to employees of the now renamed Windscale Power Plant. Cancer and a unusually high incident of leukaemia in young children was also noted in the surrounding area.

Fact 5:
The Freedom of Information Act was invoked in 1989 by investigators representing the public and one incriminating document signed by three scientists proved there had been a cover-up.

Fact 6:
The Document in question was labeled "Top Secret" and dated Oct. 28th, the day before George King's transmission.

In early 1957, improperly stored atomic waste exploded at a nuclear power plant in the Ural Mountain ranges of Russia. On April 18, 1957 a transmission of details relating to this accident were channelled through George King, all world governments were informed as was the world media. Response was minimal and highly skeptical.

Fact 1:
Russia successfully covered up the incident for 18 years.

Fact 2:
In 1976 a Russian scientist by the name of Dr. Zores Medvedev defected to England and exposed the details.

Fact 3:
The "New Scientist" a scientific journal printed the story as a "world exclusive."

Fact 4:
The New Scientist Journal and Dr. Zores Medvedev were proven to be incorrect on the exclusivity issue and retracted their claim.

Fact 5:
The Aetherius Society had reported on this exact issue in a monthly journal "Cosmic Voice" in June/July 1957 and later published in the hard cover book "You Are Responsible" in 1960.

Today almost everyone is aware of the depletions in the ozone layer and the protective layers of our atmosphere. The amount of ultra violet rays from the sun that we are exposed too is getting progressively worse. This phenomenon has only been recognized since the early 1980's.

Fact:
During a televised demonstration by Sir George King on July 19th 1960 over 40 years ago on the Tom Duggan Show (KCOP-TV) in Los Angeles the "Master Aetherius" spoke through Sir George King to the audience and stated.

The ionosphere unit now surrounding your world which normally absorbs a large percentage of cosmic rays, will gradually be taken down so that the cosmic and ultra violet rays may bombard this earth in their full potency.

THE OTHER PLANET IN OUR SOLAR SYSTEM

Since the late 1950's based on information channelled through Sir George King, the Aetherius Society has stated, there is another planet in our Solar System. This planet is the location that when the "sorting of the wheat from the chaff" takes place, those that are not ready to inhabit the New Age environment on his planet earth, will take up residence upon this younger, more primitive planet.

Data from two US Pioneer Spacecraft point increasingly to the likelihood of an undiscovered 10th planet beyond the orbit of Jupiter. NASA scientist John Anderson stated that the data from Pioneer 10 and 11 have ruled out other possibilities for what caused perturbations or irregularities in the orbits of Uranus and Neptune. The most likely theory is that a planet with the mass of about 5 times that of the Earth is orbiting the Sun at a right angle to the known planets. If planet X is not an explanation of the data, we have no other theories.

ADVANCED WARNING OF THE "CHERNOBYL DISASTER"

In 1986 while in Arizona, USA, Sir George King receives a telepathic contact from a Martian Intelligence warning him to prepare for an imminent catastrophe. This was in the presence of many witnesses. Instructions were given and actions were taken, utilizing advanced radionic equipment in a series of special operations. These activities continued at an unprecedented level for several days.

When the truth was finally admitted by the Russians of the terrible accident at the Chernobyl Nuclear Power Plant it was noted that the telepathic transmission received by Sir George King came four hours and 58 minutes prior to the explosion. Interesting??

In the book "You Are Responsible" is an amazing chapter of U.F.O. forcasts and confirmations. During the latter years of the 1950's, case after case is documented of forcasts given through the Cosmic Transmissions received by Sir George King. Usually within hours of the forcast being given, confirmations would begin to be recorded by the press and media and prove his forcasts to be totally accurate.

The world was astounded in the late 1980's when the communistic regime of Russia was overthrown by an uprising of the masses of the peoples of Russia and saw a dawning of a new era of democratic reform. This was totally unexpected and yet this was prophisized in a transmission through Sir George King by the Master Aetherius in the late 1950's at a time when this thought was considered ludicrous.

Communism as practised in Russia and by her satellites will be overthrown. It is hoped very much that this will not lead to a blood bath, because that is not in any way essential. Communism as known upon Terra (Earth) at the moment, is now tottering upon the brink of its own destruction. A destruction which will come from within itself to destroy this system. This - despite the apparent scientific supremacy of this country indeed will the masses rise against their oppressors!