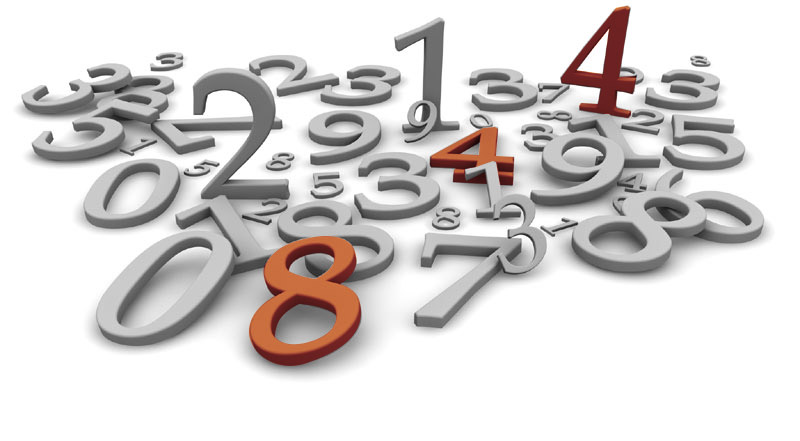 Dr. George King… How to Become a Spiritual Pioneer.

Thought it was ironic how I seemingly immediately found this video after having just reviewed the picture to the right of my Husqvarna.

Was thinking of the Husqvarna corporate moniker tag line which is…Pioneers of Motocross.

When I found the video, it had been watched 448 times!

The number 448 was chosen by me when I was 16 years old way back in 1972. My source of inspiration, the address on the envelope of my first racing membership application form, from the Canadian Motorcycle Association, then located at 448 Jarvis Street, Hamilton, Ontario.

I needed to pick a number for my competition motorcycles because I was preparing to enter the competitive sport of MOTOCROSS. In those early days pre-cut numbers were not so readily available and I had this rather lazy thought that the number 448 could be easily replicated with plain electrical tape.

The number 448 would remain my official racing number throughout my entire career from 1972 right up to my final event that occurred in 2008, defending my previously attained +50 ONTARIO PROVINCIAL CHAMPIONSHIP. The only exception to the use of the number 448 was the year of 1980/81 after having attained in 1979 a Top Ten ranking at the Canadian National Motocross Championships. Ironically though, the ranking I attained was National #8 so the basis of my favorite number was still evident.

During my final two years of professional level motocross racing in 1980 & 1981, I had also used the number 21 but honestly I don’t remember what made me choose that number. The multiple injuries that I had endured throughout my racing years included four fractured neck vertebra, blown out knees, a torn shoulder that required re-construction, a dislocated thumb, plus a broken leg along with torn ankle ligaments that occurred at my final race in 1981 at the Montreal Olympic Stadium Supercross. The accumulation of all these injuries resulted in my very difficult decision to retire from racing at the early age of 24.

I did, however, return to racing 6 years later in 1987 at the age of 30 inspired by the Canadian Motorcycle Association announcement that they were instigating age specific classes referred to as VETERAN +30 and +40.

Having just turned 30 years old in 1987 the timing was perfect for me to begin my second era of racing motocross. This time I had made the personal commitment to ride within my limits and not race with the reckless abandon I had done as a teenager. 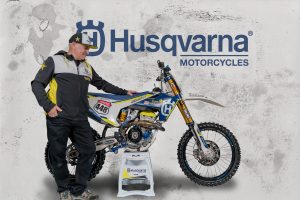 My choice for a racing number was never a question. I reverted back to my original number of 448. I have kept this number 448 to this day although, as you can see in my photo gallery, I now sport the custom logo of this new website ROUTE448 on my current HUSQVARNA FC350.

I will mention here as well that there is an amazing 448 Story related to how this ROUTE448 logo came about in the story called “The 448 Journey to New Horizons.”

This return to racing in 1987 would ultimately run for an amazing 22 years, surprisingly with no injuries at all. Then in early 2008, while defending my 2007 +50 Provincial Championship status, I came up short on a 75ft natural double jump and broke my back! I had come as close to being paralyzed as anyone would want to come.

My lower lumbar 3 vertebrae had been crushed in half and 30% of the front portion broken clean off. Had the vertebrae blown rearward it may have severed the spinal cord. I would have been relegated to a wheelchair.

A sobering thought indeed, but a thought that I eventually overcame.

After a tedious eighteen months of recovering, I returned to riding once again. This time I made a promise to friends and family that I would no longer get behind a starting gate and race in competitive motocross!

Nearly ten years later, at the “still feeling great” age of 61, I actively ride motocross bikes with many of my friends but now under a new focus or mantra of…

For many years starting back in the early 1980’s the number 448 would show itself in my daily life in so many unusual ways that I began to bring these occurrences to the attention of close friends and family.

Eventually the appearance of the number 448 became so noticeable I began to document it.

It was not long after this that I was being referred to by some friends as JAGG448.

The real reason for me documenting these occurrences probably stemmed from my firm inner belief that nothing in life happens by Chance, Luck or Coincidence!

I hold this philosophy firmly in my heart to this day mainly due to the wisdom I had gained from my chosen Spiritual Teacher, a Western Master of YOGA, known as Dr. George King.

Since the early age of 14 I had been motivated to study different philosophies after having being dissatisfied with the orthodox churches I attended. I just felt I couldn’t get the answers to my quest for knowledge as to the reasons for life not only here on Earth but beyond.

By the time I had turned eighteen I was researching Eastern Spiritual Teachings like Buddhism and Hinduism while diligently studying the teachings of, the unique Yoga Master, Dr. George King and the organization he had founded in late 1954 called THE AETHERIUS SOCIETY.

The answers to my life-purpose questions were coming fast and furious.

By the age of 22 I had become an official member of this Non Profit Spiritual Organization and became the official spokesman to the media of Dr. George King in Canada. With a small group of other members in 1981 we started an officially recognized group referred to as The TORONTO GROUP of the Aetherius Society which has been growing slowly but surely ever since.

I wish now to present to you my most startling 448 Story that affected me deep to my core.

On July 12th, 1997 after 21 years of representing Dr. George King and The Aetherius Society here in Canada, I got the shock of my life when I received a phone call from another member with some very sad news…

Dr. George King had passed away.

That member knew all too well my connection with the number 448 and immediately said that I had better sit down for what I’m about to read to you. The quote in bold below is straight from the official faxed document from the Aetherius Society Headquarters in Los Angeles. The following words were read out loud to me as I sat on the edge of a bed.

It is our sad duty to inform you that our beloved Master and FounderPresident, His Eminence Sir George King, has passed from this realm on July 12th, 1997 at 4:48 am PDT in his residence in Santa Barbara.

The news was a definite shock to my system but my mind however seemed extremely focused. A powerful thought washed through my mind like a giant wave crashing on the shore of my soul. I felt like I had been given a message to continue to spread my Teachers message. It was as if my Teacher was saying…

Allan, don’t forget me… I’ve got your number!

I was dumbfounded by this specific documented time of our Masters passing. I was convinced and firmly believed that it wasn’t by Chance, Luck or Coincidence. Only my friends and family really knew of my association with the number 448. It would be years before I would even relay to The Aetherius Society this ironic connection.

This moment finally came in the summer of 2000.

During a visit to the Toronto Group of The Aetherius Society by the Rev. Brian Keniepp (from the Los Angeles Headquarters) I was able to spend valuable private time with him. Brian was a close personal assistant to our Master during the final 10 years of his life. The Rev. Brian Keneipp had wanted to meet me in person at my home in Mississauga to view a Custom Motorcycle I had created which was dedicated to my Spiritual Master, Dr. George King.

I had christened this custom 1600cc motorcycle the “COSMIC WARRIOR.”

It was during this visit with the Rev. Brian Keniepp that I was able to confirm the actual events of our Teachers passing because it was Brian, along with his fellow disciple the Rev. Paul Nugent, who had held Dr. George Kings hands administering Contact Spiritual Healing and prayers right till his final breath.

In this meeting I learned even more amazing details that I’m not even at liberty to put in print. Hopefully this information will be revealed in the soon to be released Biography of this most fascinating Yoga Master, Dr. George King.

I did confirm what I needed to know personally as to how that fateful time was recorded.

As this amazing story was conveyed to me, Brian had no idea what the 448 number meant to me. Once I brought this anomaly of the 448 to Brian’s attention he was so surprised by the revelation, he told me to document & reveal this information.

It was therefore the Rev. Brian Keneipp who made the initial suggestion that led to the creation of my websites Jagg448.com & CosmicWarrior.com that have now transitioned into a new website ROUTE448.ca

I feel all who read my 448 Stories should understand a few key points.

TRUTH is PARADOXICAL and has both POSITIVE & NEGATIVE poles.
As do all things in Nature.

Please listen to this short extract from a lecture by Dr. George King on the subject of TRUTH.

This number is derived by adding the individual digits 4+4+8 or vice versa 8+4+4 each equaling 16.

Please visit this link to read what numerology has to say about the number 7 and what it represents.

Dr. George King clearly stated that the words Chance, Luck or Coincidence should be stricken from all languages on Earth or anywhere in the Universe for they cannot exist in the manner we perceive them to be here on this Planet Earth.

NOTHING CAN HAPPEN BY CHANCE, LUCK or COINCIDENCE.

If this were possible it would mean that the intelligence behind all of creation has no control over its creation.

Dr. George King also stated…
All of Creation is controlled under the strict exact dual poled Law of ... CAUSE & EFFECT

The Hindus know this Law as…KARMA.

The Buddhists know this Law as…ACTION & REACTION which are OPPOSITE & EQUAL.

The Christians know this Law…AS YOU SOW SO SHALL YOU REAP.

The Judaic sect know this Law as…EYE FOR AN EYE…TOOTH FOR A TOOTH.

We all are aware of this Law which is accepted by both Science & Religion.

THE ATHEIST EVEN KNOWS this Law as… What goes around…comes around!

Dr. George King stated another profound piece of WISDOM when he said…
THE LAW of KARMA is PRESSURE TOWARDS CONFORMITY.

Some people may not like the sound of this statement regarding the use of the word “Conformity” but what Dr. King really means is… ALL THAT IS IN MANIFESTATION and even that which IS NOT IN MANISFESTATION… must at some point come to the realization that All Life originated from the… ONE SOURCE OF LIMITLESS POTENTIAL.

All Life then is a journey through evolution and potential involution depending on the direction each life form decides to take through the use of its FREEWILL and is working its way gradually through experience back to its Original Source.

It’s also interesting to note that Dr. George King also states that it is through our chosen route of the use of FREEWILL that Mankind on this EARTH has lost his FREEDOM.

Meditate upon those words and I believe… much wisdom may be gained.

Now some may read these words above and scoff at what philosophy they insinuate but regardless of what some may think, the following profound words of Dr. George King should make us all stop and think.

TRUTH IS… WETHER WE ACCEPT IT…OR REJECT IT…
TRUTH IS!

NOTHING HAPPENS BY CHANCE, LUCK or COINCIDENCE!

It is my sincere wish that those that read my 448 STORIES are inspired to do further research in order to further their own Spiritual Progress.

God Bless You All.